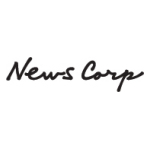 “News Corp has reported increased profitability and revenue growth
during the first half of Fiscal 2019, highlighting the power of premium
content and authenticated audiences in a fact-challenged world that
craves credibility.

For the second quarter, the Company saw 21% revenue growth and a 13%
rise in profitability, reflecting the consolidation of Foxtel and a
healthy expansion of revenues in the Book Publishing and Digital Real
Estate Services segments.

At News and Information Services, we saw a continuation of positive
trends in paid digital subscriptions, including accelerating gains at
The Wall Street Journal, and stronger digital advertising revenues in
both the U.S. and Australia.

Although our teams have been diligent in pursuing revenue
opportunities, the digital platforms, which arbitrage algorithmic
ambiguity, remain dysfunctional. It is clear that there has been
a regulatory awakening and the time has come for a regulatory reckoning.

At our Digital Real Estate Services segment, despite sluggishness in
the U.S. property market, Move delivered another quarter of double-digit
revenue growth, driven by product innovation at realtor.com®
and the acquisition of Opcity, a strategically important asset that will
provide higher quality, value-added leads for brokers.

Within our Subscription Video Services segment, this quarter we
launched Kayo Sports, a sports-only OTT product, to positive reviews,
and we look forward, with confidence, to the peak selling season for the
most popular winter sports in Australia.

Finally, HarperCollins had another outstanding quarter, benefiting
from best-in-class content and the burgeoning of digital audio.”

The Company reported fiscal 2019 second quarter total revenues of $2.63
billion, a 21% increase compared to $2.18 billion in the prior year
period. The growth reflects the impact from the consolidation of
Foxtel’s results following the combination of Foxtel and FOX SPORTS
Australia (the “Transaction”) into a new company (“new Foxtel”) and
continued strong performances at the Book Publishing and Digital Real
Estate Services segments, partially offset by lower print advertising
revenues at the News and Information Services segment. The results also
include a $67 million negative impact from foreign currency fluctuations
and $20 million of lower revenues as a result of the adoption of the new
revenue recognition standard. Adjusted Revenues (which exclude the
foreign currency impact and acquisitions and divestitures as defined in
Note 1) increased 3%.

Net income for the quarter was $119 million compared to a net loss of
($66) million in the prior year, reflecting the absence of the $174
million negative impact of the U.S. Tax Cuts and Jobs Act recognized in
the second quarter of fiscal 2018, higher Total Segment EBITDA, as
discussed below, and higher Other, net, partially offset by higher
depreciation and amortization expense and interest expense as a result
of the Transaction.

The Company reported second quarter Total Segment EBITDA of $370
million, a 13% increase compared to $328 million in the prior year, also
reflecting the Transaction. Adjusted Total Segment EBITDA (as defined in
Note 1) increased 2% as continued strength in the Book Publishing and
Digital Real Estate Services segments was partially offset by lower
contribution from the News and Information Services segment.

Net income per share available to News Corporation stockholders was
$0.16 as compared to a net loss per share of ($0.14) in the prior year.

Revenues in the quarter decreased $41 million, or 3%, as compared to the
prior year, reflecting a $34 million, or 2%, negative impact from
foreign currency fluctuations. Within the segment, Dow Jones revenues
grew 4%, while revenues at News UK declined 10%, which includes the
negative impact from the absence of Sun Bets revenues discussed below.
News America Marketing and News Corp Australia revenues declined 7% and
5%, respectively. Adjusted Revenues for the segment decreased 1%
compared to the prior year.

Circulation and subscription revenues increased 1%, including a $12
million, or 2%, negative impact from foreign currency fluctuations. The
growth was primarily due to a healthy contribution from Dow Jones, which
saw a 7% increase in its circulation revenues, reflecting 23% digital
paid subscriber growth at The Wall Street Journal, and growth in
its Risk & Compliance products. Cover and subscription price increases
also contributed to the revenue improvement. These increases were
partially offset by lower newsstand volume at News UK.

Other revenues declined 10%, of which $4 million, or 4%, was related to
the negative impact from foreign currency fluctuations. The decline was
primarily due to lower brand partnership revenues and the absence of
revenues from Sun Bets as a result of News UK’s exit from the
partnership in the first quarter of fiscal 2019.

Segment EBITDA decreased $21 million in the quarter, or 15%, as compared
to the prior year, primarily due to lower contribution from News UK,
mainly driven by lower revenues and higher newsprint and digital
reinvestment costs. The decline was partially offset by higher
contribution from News Corp Australia and Dow Jones. Adjusted Segment
EBITDA (as defined in Note 1) decreased 13%.

Digital revenues represented 32% of News and Information Services
segment revenues in the quarter, compared to 29% in the prior year. For
the quarter, digital revenues for Dow Jones and the newspaper mastheads
represented 35% of their combined revenues, and at Dow Jones, digital
accounted for 55% of its circulation revenues. Digital subscribers and
users across key properties within the News and Information Services
segment are summarized below:

On a pro forma basis, reflecting the Transaction, segment revenues in
the quarter decreased $69 million, or 11%, compared with the prior year,
of which $39 million, or 6%, was due to the negative impact from foreign
currency fluctuations. The remainder of the revenue decline was driven
by the impact from lower broadcast subscribers and the changes in the
subscriber package mix, partially offset by higher revenues from Foxtel
Now.

As of December 31, 2018, new Foxtel’s total closing subscribers were
approximately 2.9 million, which was higher than the prior year,
primarily due to Foxtel Now subscriber growth, the inclusion of
commercial subscribers of FOX SPORTS Australia beginning in the first
quarter of fiscal 2019 and the launch of Kayo Sports, partially offset
by lower broadcast subscribers. 2.5 million of the total closing
subscribers were broadcast and commercial subscribers, and the remainder
consisted of Foxtel Now and Kayo Sports subscribers. As of February 5,
2019, there were 115,000 Kayo Sports subscribers, of which approximately
100,000 were paying subscribers. Broadcast subscriber churn in the
quarter was 15.6% compared to 14.5% in the prior year, reflecting the
impact of the price increase implemented in October. Broadcast ARPU for
the quarter declined 3% compared to the prior year to A$78 (US$56),
reflecting a 2% negative impact related to the adoption of the new
revenue recognition standard.

Pro forma Segment EBITDA in the quarter decreased $71 million, or 46%,
compared with the prior year, primarily due to the lower revenues
discussed above, planned increases in programming costs related to
Cricket Australia and National Rugby League rights, higher production
costs related to the new Fox Cricket channel and higher marketing costs
primarily related to the launch of Kayo Sports, partially offset by the
$33 million positive impact on expenses from foreign currency
fluctuations.

Revenues in the quarter increased $27 million, or 6%, compared to the
prior year, primarily due to higher sales in general books and Christian
publishing, including the success of new titles such as Homebody
by Joanna Gaines and The Next Person You Meet in Heaven by Mitch
Albom, as well as the continued success of Girl Wash Your Face by
Rachel Hollis. Revenue growth was partially offset by $18 million of
lower revenues as a result of the adoption of the new revenue
recognition standard. Digital sales increased 12% compared to the prior
year and represented 17% of Consumer revenues for the quarter, driven by
the growth in downloadable audiobook sales. Segment EBITDA for the
quarter increased $10 million, or 13%, from the prior year, primarily
due to the higher revenues noted above.

In the quarter, revenues at REA Group increased 6% to $189 million from
$178 million in the prior year, primarily due to an increase in
Australian residential depth revenue, driven by favorable product mix
and pricing increases. The growth was partially offset by foreign
currency fluctuations, as mentioned above.

Move’s revenues in the quarter increased 11% to $122 million from $110
million in the prior year, primarily due to 23% growth in its real
estate revenues, partially offset by planned declines in advertising
revenues. The increase in real estate revenues, which represent 78% of
total Move revenues, was driven by the continued growth in its
ConnectionsSM Plus product revenues, which benefited from
higher lead volume and improvement in yield optimization, as well as the
acquisition of Opcity. Based on Move’s internal data, average monthly
unique users of realtor.com®’s web and mobile sites for the
fiscal second quarter grew 6% year-over-year to 53 million, with mobile
representing more than half of all unique users.

Equity losses of affiliates for the second quarter was ($6) million
compared to ($18) million in the prior year. The improvement was
primarily due to the absence of $13 million in non-cash write-downs of
certain equity method investments’ carrying values to fair value, which
was recognized in the second quarter of fiscal 2018.

Net cash provided by operating activities improved $154 million for the
six months ended December 31, 2018 as compared to the prior year period,
primarily due to higher Total Segment EBITDA as noted above, and lower
cash tax payments of $24 million, partially offset by $35 million in
higher cash paid for interest.

Free cash flow available to News Corporation in the six months ended
December 31, 2018 was $26 million compared to $16 million in the prior
year period. The improvement was primarily due to higher cash provided
by operating activities, partially offset by higher capital
expenditures, of which $139 million was related to new Foxtel.

The Company today declared a semi-annual cash dividend of $0.10 per
share for Class A Common Stock and Class B Common Stock. This dividend
is payable on April 17, 2019 to stockholders of record as of March 13,
2019.

Adjusted Revenues, Total Segment EBITDA, Adjusted Total Segment EBITDA,
Adjusted Segment EBITDA, adjusted net income available to News
Corporation stockholders, Adjusted EPS and free cash flow available to
News Corporation are non-GAAP financial measures contained in this
earnings release. The Company believes these measures are important
tools for investors and analysts to use in assessing the Company’s
underlying business performance and to provide for more meaningful
comparisons of the Company’s operating performance between periods.
These measures also allow investors and analysts to view the Company’s
business from the same perspective as Company management. These non-GAAP
measures may be different than similar measures used by other companies
and should be considered in addition to, not as a substitute for,
measures of financial performance calculated in accordance with GAAP.
Reconciliations for the differences between non-GAAP measures used in
this earnings release and comparable financial measures calculated in
accordance with U.S. GAAP are included in Notes 1, 2 and 3 and the
reconciliation of net cash provided by operating activities to free cash
flow available to News Corporation is included above.

News Corporation’s earnings conference call can be heard live at 5:00pm
EST on February 7, 2019. To listen to the call, please visit http://investors.newscorp.com.

This document contains certain “forward-looking statements” within
the meaning of the Private Securities Litigation Reform Act of 1995.
These statements are based on management’s views and assumptions
regarding future events and business performance as of the time the
statements are made. Actual results may differ materially from these
expectations due to changes in global economic, business, competitive
market and regulatory factors. More detailed information about these and
other factors that could affect future results is contained in our
filings with the Securities and Exchange Commission. The
“forward-looking statements” included in this document are made only as
of the date of this document and we do not have any obligation to
publicly update any “forward-looking statements” to reflect subsequent
events or circumstances, except as required by law.

News Corp (Nasdaq: NWS, NWSA; ASX: NWS, NWSLV) is a global, diversified
media and information services company focused on creating and
distributing authoritative and engaging content. The company comprises
businesses across a range of media, including: news and information
services, subscription video services in Australia, book publishing and
digital real estate services. Headquartered in New York, News Corp
operates primarily in the United States, Australia, and the United
Kingdom, and its content is distributed and consumed worldwide. More
information is available at: www.newscorp.com.

How to Keep Your HR Department Organized