CARDI B LEADS WITH 10 NOMINATIONS

OTHER TOP NOMINEES INCLUDE DRAKE WITH 7 NODS, NIPSEY HUSSLE & MEGAN THEE STALLION WITH 5 NODS EACH, FOLLOWED BY MEEK MILL, DABABY, 21 SAVAGE & RICK ROSS WITH 4 NODS EACH

TO APPLY FOR MEDIA CREDENTIALS FOR THE 2019 BET HIP HOP AWARDS: https://2019hiphopawards.pvitl.com/registration/media_media 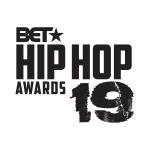 DJ Khaled, Travis Scott, and J.Cole, who all had chart-topping success this year, follow closely with an astonishing 8 nominations each. Drake, who lead the 2018 nominations, falls to third most nominations this year with 7 nods including ‘MVP of the Year,’ ‘Single of the Year,’ ‘Hot Ticket Performer,’ ‘Lyricist of the Year,’ ‘Best Collabo’ and two nods in the ‘Best Hip-Hop Video’ category.

See below for the complete list of BET “HIP HOP AWARDS” 2019 Official Nominees:

Video Director of the Year

Lyricist of the Year

MVP of the Year

Producer of the Year

Single of the Year

MONEY – Produced by J. White Did It (CARDI B)

DJ of the Year

Hustler of the Year

On Facebook by liking the fan page at facebook.com/HipHopAwards

To apply for media credentials:

Jesse Collins Entertainment (JCE) is a full-service television and film production company founded by entertainment industry veteran Jesse Collins. For more than a decade, the company has played an integral role in producing some of television’s most memorable moments in music entertainment including groundbreaking and award winning television programming including the BET Awards, Soul Train Awards, BET Honors, UNCF An Evening of Stars, ABFF Awards and the BET Hip Hop Awards. On the scripted side, JCE has produced numerous shows for BET including Real Husbands of Hollywood starring Kevin Hart as well as the critically acclaimed The New Edition Story, a biopic on the boy band that aired as a 3-part mini-series. It posted record ratings for the network and attracted nearly 30 million viewers. It was followed by The Bobby Brown Story, which chronicled the talented but troubled singer’s exit from the popular ’80s boy band through his solo success and was the highest rated non-tentpole program on the network since The New Edition Story. The company’s second season of American Soul, the critically-acclaimed period drama based on the untold rise of the iconic music and dance program Soul Train, will debut in 2020. Go to http://www.jessecollinsent.com/ for more information on the company.

BET “Hip Hop Awards” is an annual celebration that pays homage to a culture that changed the world while highlighting the best in hip hop music. Year after year, BET Networks delivers the best in hip-hop for an unforgettable night of performances, cyphers and tributes honoring hip-hop legends that have and continue to make hip-hop culture a global force.

The Voltas Have Arrived! Volta-X Launches Today for Nintendo Switch and PC

Jack in the Box Goes All-In on AWS

The Voltas Have Arrived! Volta-X Launches Today for Nintendo Switch and PC

Jack in the Box Goes All-In on AWS